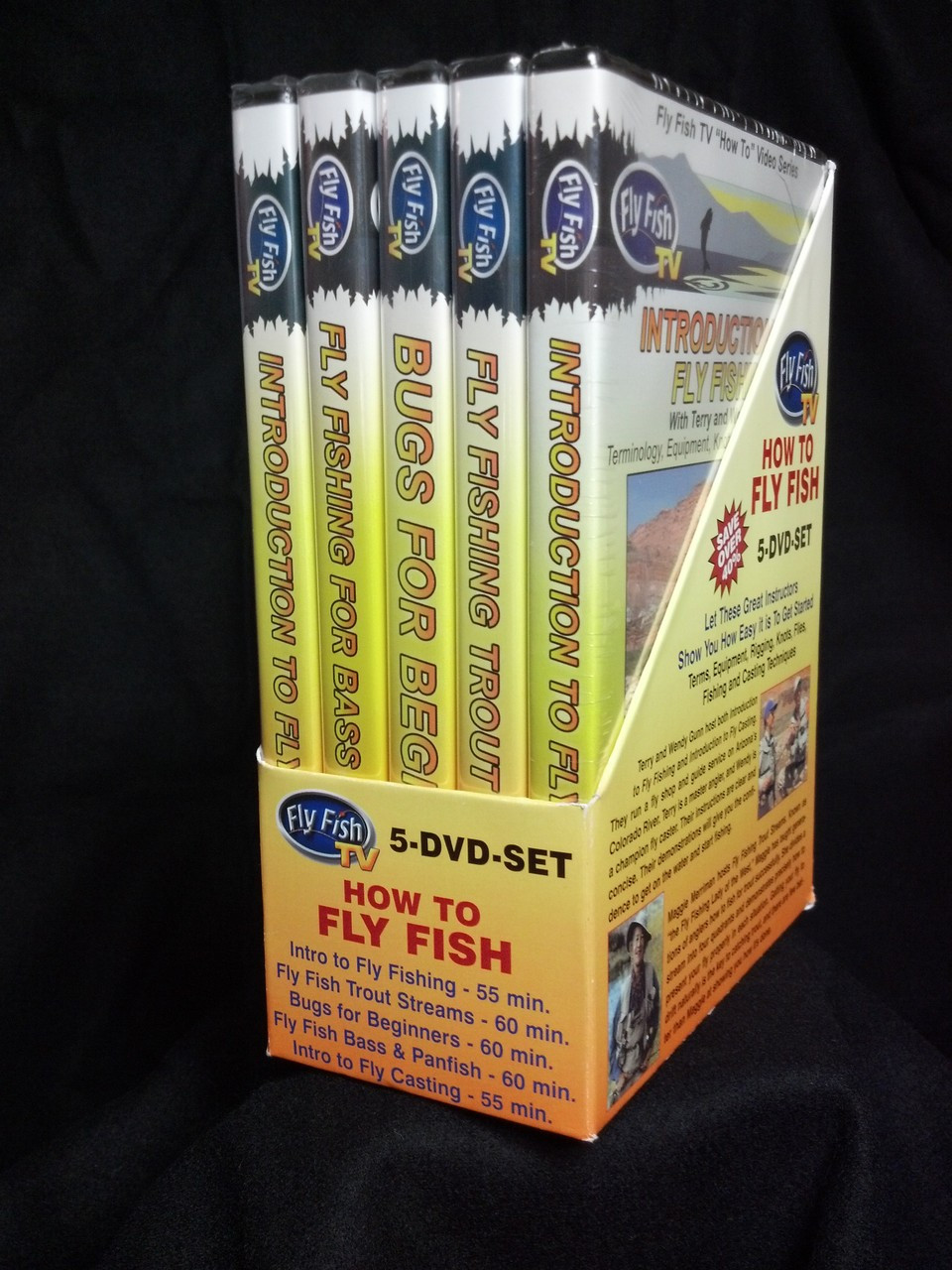 Just spent some time sprucing up a few things on the site.  We have put together a new 5 DVD set that is the perfect gift for fly fisherman who are just starting out.
These fly fishing videos cover all of the basics from equipment and terminology to fly casting and fly fishing for several species including trout, bass and panfish.
The entire set is over 40% off of the prices of the titles separately, so its a great value as well.

Speaking of great values, we also have our new DVD Combo Packs category that allows you to pick 2, 3 or 4 titles of your choosing for discounts of 15, 20 or 25%!  We love this option and you will too.
Posted by John H at 12:21 PM No comments:

"To Spey or not to Spey?" I need your input-


As a video guy you can give me anything but spey casting to shoot since it is a bit tedious … Cast, Cast, Cast, two steps down, Cast, Cast, Cast. I do understand the joy of it all and the special club one joins by plying the waters in this manner.  What I don’t get is that when fish are just not taking a swung fly, why one would persist?  Perhaps having made a living more by documenting folks catching fish than those just fishing I have been warped.  I am also not exceptionally patient and somewhat enjoy the additional maneuvering and rigging a single-handed angler requires, and the tugging of a fish from time to time.
Fly Fish TV has some good spey fishing videos and I did enjoy shooting them.  Working with John and Amy Hazel on the Deschutes in Oregon really gave me a feel for the special thrill and flavor of spey angling. However being a man of modest means and possessing a considerable arsenal of standard fly gear, I felt the investment required to really get into spey might be more than “The Warden” would easily tolerate.  Thus I am on the outside looking in, which is where you often find critics.

Perhaps what it comes down to is that I just want to catch fish and when I am sure they’re down there I want to go after them.  I don’t really get to spend that much time on the water since the camera guy is the last one to get a chance to fish.  If things are tough the on-camera talent has to keep at it, and if fishing is really good you always have to be ready for the big-one that the stars are convinced is coming on the next cast.  So when I do get my turn I want to be putting my fly where the fish are.  Perhaps it is old school of me but when I have my chance I will most often grab the single-handed rod, and indicator, and something that really looks like fish food.

I guess the reason I bring it up now  is that I have been talking with my most popular video host, Kelly Galloup, who has recently joined the Airflo fly line pro staff and thinks a new steelheading video should include a lot of spey angling.  My feeling is that we should spend our time showing folks how to best catch steelhead with a single-handed rod and let the rest of the thousands of  “spey video producers” have at it.

Despite over-modulated audio in Fly Fish TV’s “Introduction to Spey Casting Video” I still think it is as fine a beginner’s spey casting lesson as there is.  And between “Spey Fishing Steelhead” and “Advanced Spey” I am pretty sure the Hazels have covered most of the basics of the sport.  I would rather see Kelly spend his time showing us the most effective ways he knows of nymphing and stripping streamers for steelhead. He guided for years in Michigan and has had the chance to fish many of the best waters the West has to offer including the Dean.  I have seen him on numerous occasions take fish after fish out of waters that has been speyed to death.


In any event what I need from any of you folks who feel the urge is a vote on what steelhead video you might want to see.  Do you want to a mix of single and two-handed rod steelhead fishing on a variety of waters across the country, or would you prefer to see detailed instructions on how Kelly indicator and streamer fishes steelhead. I leave the vote up to you, but the decision will be mine since I have to pay for it ;)